IVF (InVitroFertililzation) is one of the most challenging experience that a couple goes through when diagnosed with infertility. Anjali shares their journey through recurrent miscarriages and IVF treatments.

When we first fell in love, my husband and I had very similar ideas of how our life would look. We would travel the world, eventually settle down, buy a house and have a family. After seven years of courtship and a year of marriage, we were on track and ready. When it came to trying to have children, we were somewhat naïve. We thought we’d stop using contraception for a bit and boom! nine months later we’d have a baby.

After trying for over a year we suffered two early miscarriages.

Each time, the doctors kept reassuring us how common miscarriages were, and that 1 in 4 women experienced one. But I kept wondering why no one was talking about it in society or in my social circles if it was indeed so common.

We’re both British-born Indians, and while we had very different upbringings, our families shared one common trait — a general inability to discuss what really mattered. We don’t like to broadcast any of the bad or difficult things in life. Instead, we sweep them under the rug for fear of judgement from others. ‘We don’t want people to talk,’ ‘What will people think?’ are just some of the phrases that come to mind.

It’s often instilled in us, sometimes unconsciously, that the more productive we are, the more we’re worth. The homes we own, the cars we drive, or the careers we’ve chosen — these are the metrics by which we are judged within South Asian communities. So, when I struggled to have a baby, I began to feel worthless, almost as though I wasn’t fulfilling my duty in giving our families a child.

Finally, after this year of trying, we were referred to a fertility clinic at Chelsea and Westminster Hospital. I was not in the best place to begin fertility treatment. I stepped into that clinic with a lot of anxiety, still feeling the lingering pain of two miscarriages, increasing isolation of the experience, and slight disbelief that this was happening at all.

Our consultant couldn’t find anything medically wrong with us and we were told we had ‘unexplained infertility.’ Due to previous miscarriages, they believed I was unable to keep a pregnancy without medical assistance during the first trimester. They advised us to proceed with in vitro fertilization (IVF).

IVF was the most challenging experience I have ever been through.

The fertility clinic was at the furthest end of the hospital and on the top floor. I dreaded each appointment, and the long walk through the cold corridors felt never-ending. There were countless appointments, and my body was tested, poked, and prodded so many times. My expectation of how I would have children did not match my reality. IVF almost destroyed my visions of becoming a parent. The whole process was very cold and clinical when all I really wanted to feel was the way I had imagined it would be — full of love and joy.

Just when I began to question my ability to endure this, physically, mentally, emotionally, we got the news — our first round of IVF was successful.

We were finally having a baby! Our elation was unparalleled. During the sonogram, my husband and I looked at each other and both burst into tears, but this time tears of joy. The due date happened to fall on my birthday, which felt like a special sign. We started to plan how we would tell our families and since we both love Christmas, we decided to tell them on Christmas Day.

We were finally giving our families the gift we all wanted.

At ten weeks, we went for a scheduled scan. There was no heartbeat. Our baby had died.

Sitting in that dark room with the sonographer and my husband, I burst into tears of disbelief. This couldn’t be happening again. We’d made it further than we ever had before. We had done everything right and we had the doctors on our side, this should’ve worked. A few days later, they removed our baby from my body. This loss broke me. It made me feel like I would never become a mother.

At the time of our third miscarriage, we were living with my husband’s family, waiting for the purchase of our home to be completed. While we should have felt embedded within a support structure, instead we felt completely isolated.

We were transparent with our families throughout the entire process. They knew every time we lost a baby, and they knew that we were going through fertility treatment, but we were met with silence at every disappointment and loss.

We, along with the bad and difficult things in life, were swept under the rug by our families.

Nobody knew how to talk to us; every time we entered a room we were met with silence and awkwardness. During those moments we knew we were in it alone.

While at home recovering from the procedure, I received a pregnancy announcement from a family member. It was an excruciating reminder of our loss. I wanted to be happy for them, but it was too soon, and I didn’t have the energy to pretend. I’ve always considered myself to be a strong person, but a miscarriage is a death we experience in our bodies. It’s incredibly intimate and traumatic.

We decided to take a break.

Two years of heartache and three miscarriages meant we just couldn’t do it anymore. We took some time to celebrate the life we had built together.

Almost eight months had passed before we decided to restart the process. We were in a much better place; settled into our new home and enjoying being us again. Having already been through the IVF process and knowing what to expect, we were more informed and prepared to make this work. Our diets were healthier and after reading that applying acupuncture alongside IVF had produced positive results, we booked in sessions to coincide with my treatment.

During this round of IVF, we exceeded all the statistics.

The doctors retrieved 21 eggs, 15 were fertilised, 10 got to day five and we transferred two embryos.

Those two embryos became our beautiful boys, Krish and Bodhi. 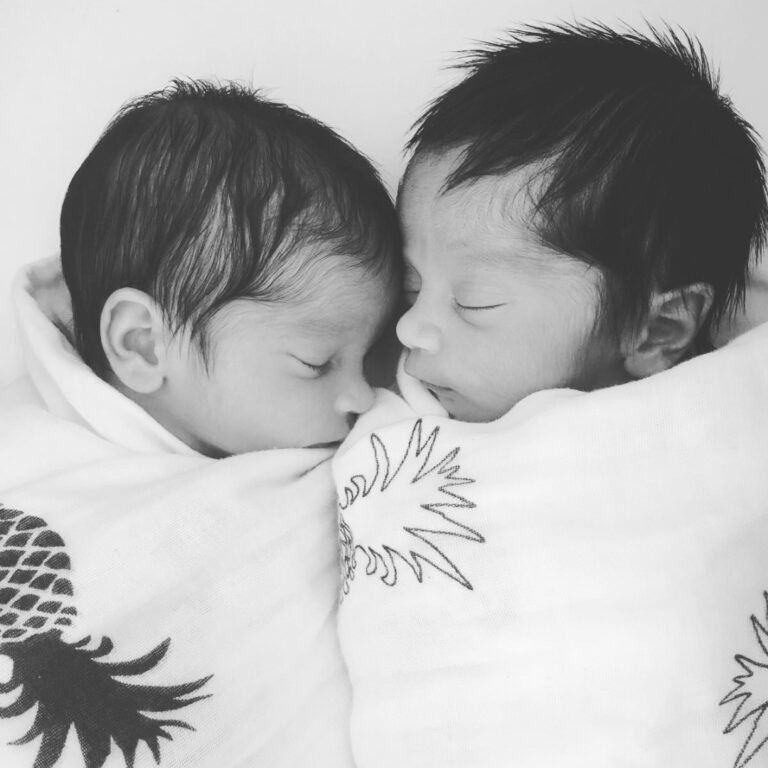 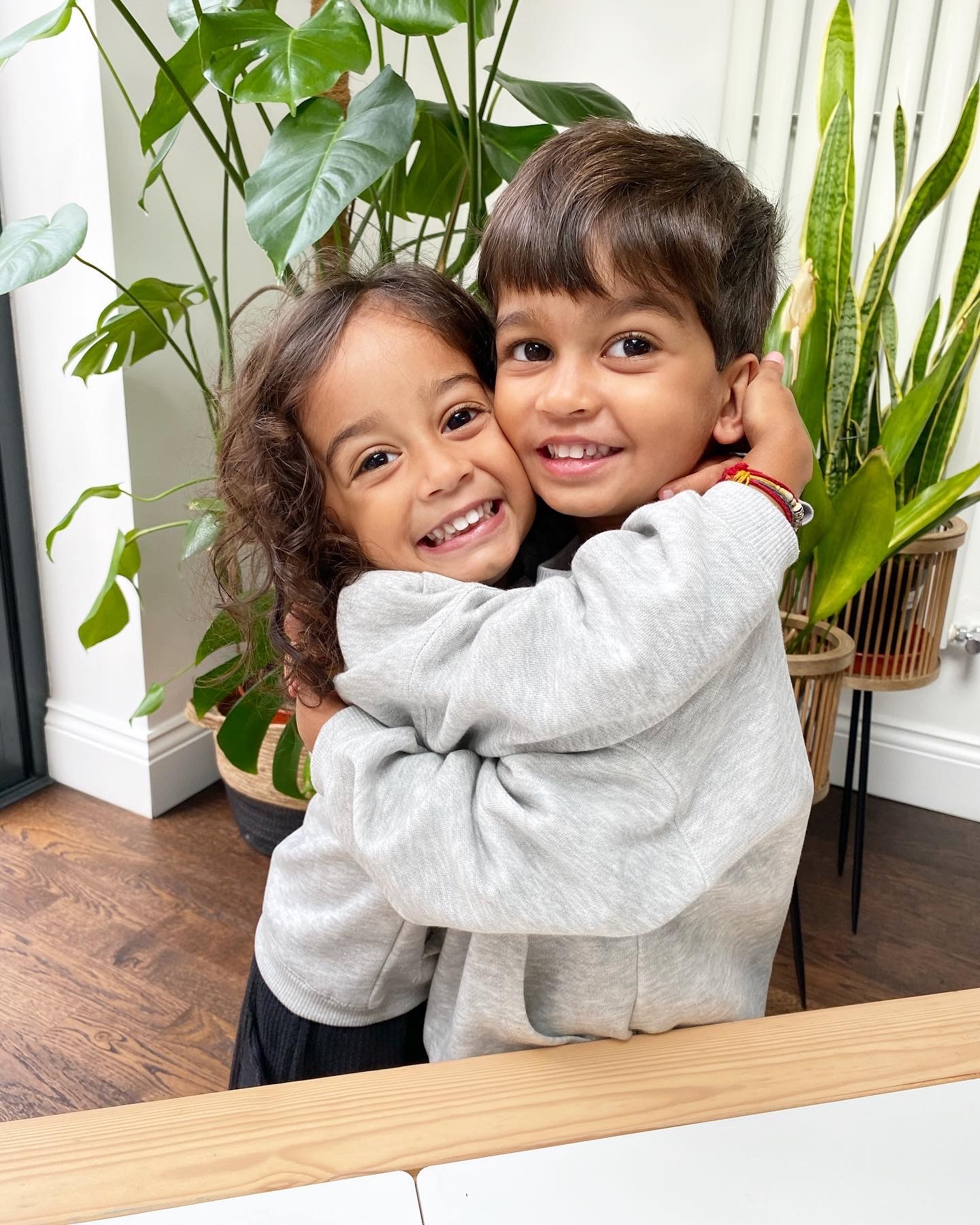 Krish and Bodhi are IVF babies.

They are only three years old but already know they were made by science and love.

They call themselves “science experiments”! Krish and Bodhi are everything we hoped for and so much more. The four years it took for us to have them were some of the most difficult and darkest moments of our life, but we would do it all again for them.

Krish and Bodhi are our happy place.

Being Indian is something I am incredibly proud of, but I do understand my culture has its blind spots. Certain topics just aren’t up for discussion. But I am here to remind those who may be experiencing this now, or have experienced it and have felt silenced, or feel that no one held space for them — you are not alone. 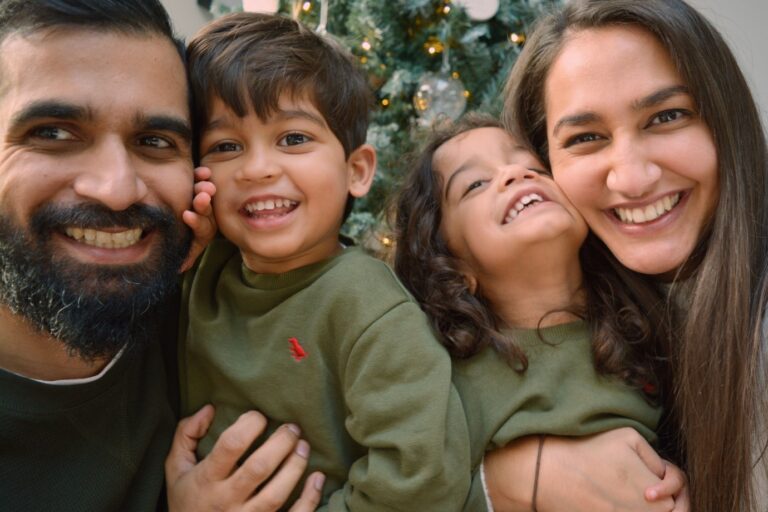 Anjali Patel is a British-born Indian, who has made a career working in the charity sector since graduating from the University of Westminster and is currently working for WWF-UK in their Fundraising team. Anjali is passionate about raising awareness on topics that are considered taboo, such as baby loss and fertility treatment, particularly in the South Asian community. In her spare time, she loves going to the cinema, travelling, and documenting her journey as a mother to twin boys, Krish and Bodhi on her Instagram @andruhome.

“Any good news?” – My infertility journey

This is what grief does to a mother